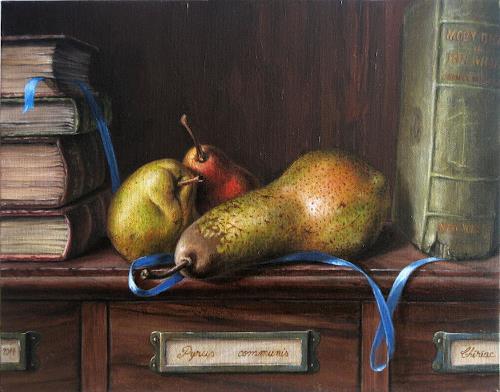 "The Whale"
Why "The Whale" ??! That's because the big pear is so big compared to the other two. It was a very big pear compared to any usual pear, anyway. The smaller pears seem to talk each other about the bigger one still being under the influence of the book that they've just read "Moby Dick or The Whale". That's the book from the right edge.

A piece of realistic classical fine art painting depicting three pears on a bookshelf.
The picture do not justify the real painting. If you like this picture, you will love the painting in person.