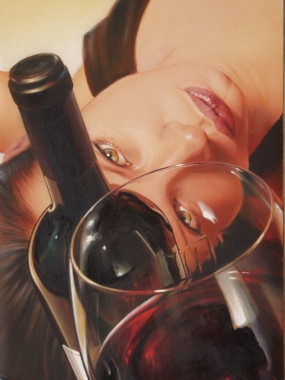 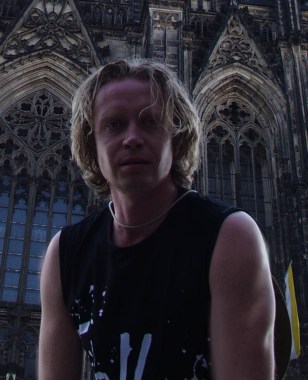 wineart
E.Denis
E. Denis was born in 1971 in Byelorussia. He was the youngest child in the family and all his free time he spent painting. There were several reasons for this passion. Denis came from an artistic family: his parents were architects, his elder brother loved painting too and his grandfather was very famous in artistic circles in Byelorussia. The grandfather devoted all his life to photography and during the World War II he worked as a special war photo correspondent. His grandson respected him a lot and the former loved spending time at his house. The grandfather taught Denis to look at ordinary things from a different angle. He made the boy to pay attention to unusually floating fog or very beautiful sunset.

Denis's talents as an artist were developed from early childhood. His first exhibition took place at the prestigious Moscow All-Russian Exhibition Center when he was just 8 years old. At this exhibition he received his first special award from the Ministry of Education of Byelorussia.

While a teenager Denis studied in 2 schools simultaneously: in an art school and art studio for youths in Minsk. His parents saw that he was very passionate about art and wanted him to continue his education in the Art Academy but Denis decided that he already knew a lot an he didn't want to continue education in a government institution any more. In addition it was 1991, the year of the collapse of the Soviet Union, the country was going through a lot of changes and there were many uncertainties.

As a result Denis decided to become an entrepreneur. He already had a wife to support and was expecting his first child. He opened a company that was selling road trucks. He appeared to be very successful but the life of a businessman didn't give his soul any satisfaction. His heart was looking for something "clean" and sincere, something connected to art, not money. Denis found his salvation in the church and soon after that he sold his business and started painting full time. Now that he didn't need money he devoted his time studying art and he took a lot of private lessons from the famous artists working at the Academy of Art.

With the blessing of Mitropolit (the highest rank of priest in Russian orthodox Church) Filaret Denis started to work on icon reliefs for church bells. Sculpture was also easy for Denis to create though the process was tedious and demanded detailed attention because once a slice of wax was cut off it could not be restored.

Denis's first website was created in 2001 which exhibited his earlier paintings and church bells. After that he took part in many exhibitions in his home country and abroad: USA, Europe and Israel. The most important exhibition was International Art Expo NY 2004, 2005, 2006, 2007. Now his paintings are exhibited in USA, Israel, Canada, the Netherlands and Czech republic. His church bells can be found in more than 100 churches in Russia, Byelorussia, Ukraine, Baltic States and USA.

His love of art helped Denis to find harmony within himself and taught him to live in harmony with the world around him.