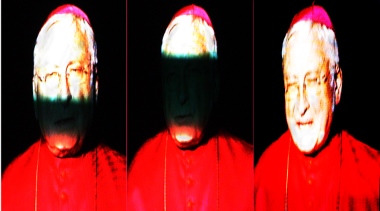 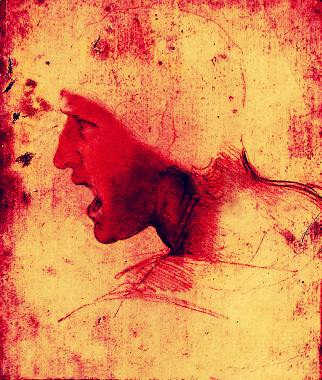 For art, the question today is more than ever: Is it a technique or an idea?
Maybe both, as it always has been.

In the late 80s when I got my first computer with its “Paint” program, I started working on a kind of geometric action painting. The speed which with my thoughts were transformed instantly into images on the monitor left me no doubt: Here is an artistic medium with impelling force and impetus for me.

As a matter of fact, computer art already existed at that time, but nobody could have ever imagined how fast computers and software would develop. While this was happening I was designing theatre posters with my computer for my productions as director of plays by Virginia Woolf, J-P Sartre, Samuel Beckett, Peter Handke, Edward Albee, Harold Pinter; and I also created stage setting and theatrical installations.

The fascination of digital art consists undoubtedly in creating aesthetic realities – with light as the only tool – that immaterial substance which painting has tried, in ever new varieties since the Renaissance, to fix onto tableaus…

Which materials, which techniques and concepts determined the work of art in its coming into being has meaning at most to the spectator: He dissects the wholeness of the picture into moments which he can perceive and explain to himself.
Only so do we explain why one person fancies the blue of Vermeer, while the other has a passion for Yves Klein’s. Others, again search for comforting and soothing effects in a work of art, but find them there only imperfectly.