Back
In a time when there is a huge variety of styles and tendencies, contemplating the paintings of Francisco Núñez is an immense act of interpretive ingenuity. The seeming semantic uniformity of his work is translated into a spiritual ambiguity that becomes believable only by immersing oneself in it.
Dark faces, reproduced in an academic fashion, are accentuated as a thematic-spatial core and flood the work with a silent and formidable expressiveness. 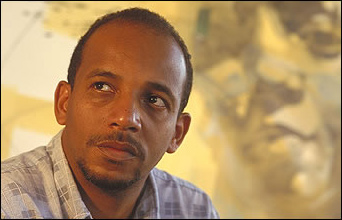 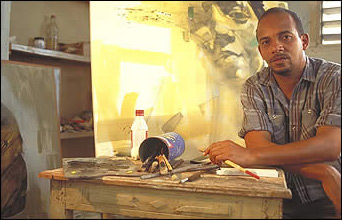 The choice of painting portraits of children and adolescents brings the artist to a seldom trod path because of the distance to any playful appropriation that such motifs generally impose. They become the wounds of their daily existence that distort the friendly freshness of their faces to a dramatic crescendo—formed by a regretful gesture using raised brushstrokes or by mutilating the faces. Their gazes plunge toward us, crisscrossing the burning of their pupils, to find only emptiness. It is the fundamental supposition of the work of Francisco Núñez to search tirelessly for a foothold, a point of light that offers safe harbor and awakens and nurtures the individual. There is a meaning in the avid search for the animated expression of these faces—perhaps in the painter’s own life. 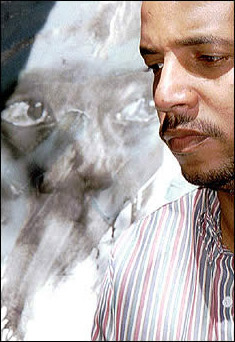 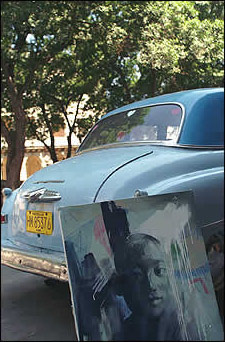 Using his expressionist-figurative technique, Núñez mirrors the inner world of his personalities in the portraits—generally people of color. He enriches them with his striking and generous use of color that gives his portraits a very special atmosphere. He does not dissimulate their phenotypical features in a senseless process of making them white, but he also does not reproduce them in a folkloristic way; he does not avail himself of the usual clichés that, for example, are often found in the representation of black people, where aspects in connection with the Afro-Cuban religion are sometimes superficially mentioned and almost always associated with their visual image. This becomes a picturesque and pleasing detail, not a topic in and of itself, but the way in which he completes his representation. 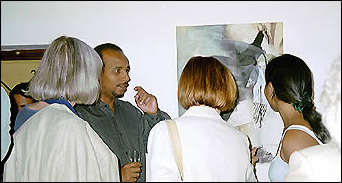 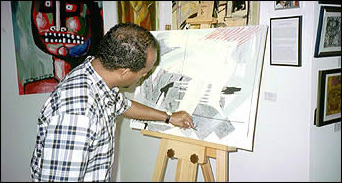 Francisco Núñez uses the portrait, used in the past by the elite as a status symbol, to show the subjects demeanor differentiated from other personalities and to declare it as valid. He succeeds by emphasizing the eyes of the subjects of his portraits that create a direct dialogue between the work and the viewer, thus producing a gaze in each work that is unique and typical for this particular subject. 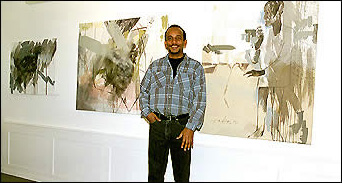 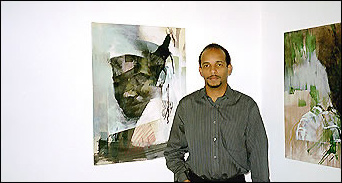 With this combination of representational realism and abstract expressionism, Núñez is able to create an unique coalescence of the two. With his works that are sensitive but that also cry out its desperate accusations, he has fascinated many art lovers.