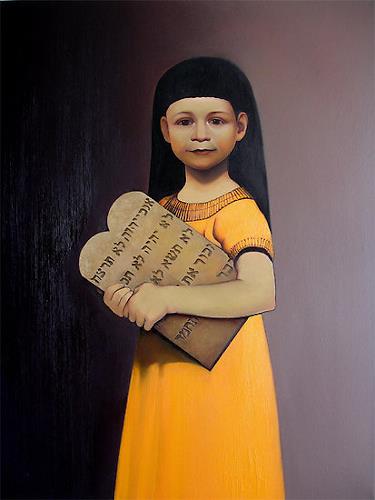 According to the book of Exodus, Moses was born to a Hebrew mother, Jochebed, who hid him when the Pharaoh ordered all newborn Hebrew boys to be killed, and he ended up being adopted into the Egyptian royal family. Later Moses fled and became a shepherd, and was commanded by God to deliver the Hebrews from slavery. After the Ten Plagues were unleashed on Egypt, he led the Hebrew slaves out of Egypt, through the Red Sea.