Back
As an observer of the behavior of women, Pablo Peréa has a tender affection for their gestures and gazes. For him, woman is both everything and only a part, light and fog, peace and war, birth and death. But more than anything, she is Woman. A woman, whose face is repeated until there is a surfeit of this image and where the colors -sometimes cool, sometimes warm - trigger special moods and then transform the women so that similarities become differences.

With Peréa, we also come back to a world of stillness and silence. For him, building this world is the highest form of poetry. His chosen path is from the darkness to the light - wordless, just as in his own life. The grace and the feeling of safety, a quiet agitation of suggestions, pointers, images full of gestures and concealed messages all call for observation, for stillness, for silence. 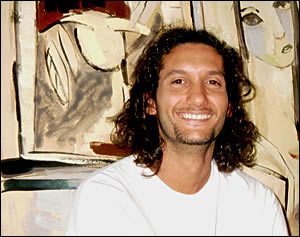 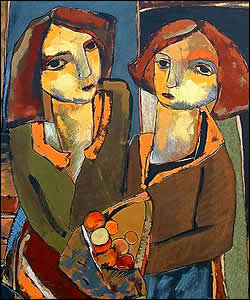 The autodidactic artist manifests a clear influence of the great avant-garde masters of the 20th century in his work. He adapts the formal elements that he uses for his own discourse and fills them with new content that is compatible with his poetics.

The wild naivete of Gauguin’s figures, Picasso’s defined and arched line together with Modigliani’s stylized women are combined with other expressive elements, for example, from the outstanding work of Amelia Pelaez and Victor Manuel, Cuban artists that give the “Gypsies” of the turn of the last century a certain “tropical flair.” These are influences that the artist knows well. 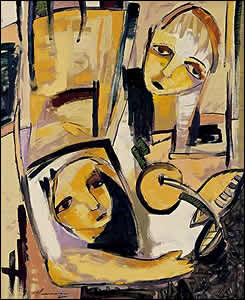 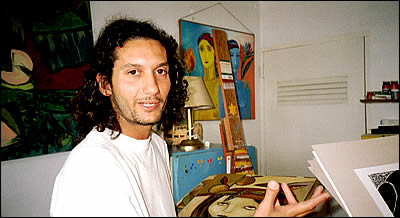 Pablo Peréa, born on August 22, 1960 in Güines, Havana Province (Cuba). Since 1992, he has been a member of the Asociación Hermanos Saíz (AHS – Saíz Brothers’ Association).
While studying medicine (degree completed in 1995 at the University of Havana), Peréa taught himself to be an artist.

Peréa has been very active in displaying his work, which has been exhibited in Spain, Germany, Japan, Puerto Rico, Guadeloupe, in the United States, and in Switzerland. 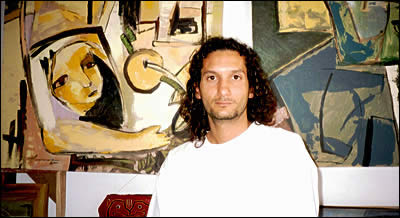 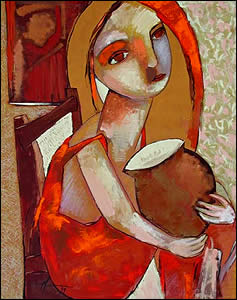